The Living Habits of the brown Rat in Amsterdam 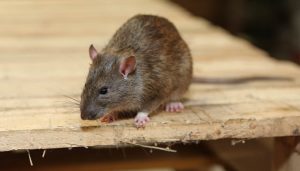 Living habits and pest control of the brown rat

Are you having trouble with an uninvited guest in the form of a tiny hairy animal with a long tail? That sounds like a brown rat, read along to find out who the brown rat is and what you can do to get rid of it.

Who is the brown rat?

Living habits of the brown rat

The brown rat is highly active at night. If the nights are really cold, the brown rat likes to stay protected. So, then it only will come out during the day. De brown rats are really careful animals, before they get out of their hiding spots it will look around for about two minutes If there is any danger ahead of them. As I said earlier in this blog, the brown rat sees it when there changed something in their environment. That means this is a tough brown rat to catch.

The brown rat is an omnivore, it will eat grains, snails, larvae’s and young mammals. The brown rat also gnaws on bones and products like soap or candles. If the brown rat has a protein shortage, there is a change it will eat his own species.

Do you hear the words sewerage and drainage systems? And do you think of the brown rat? This is normal, and accurate. The brown rat is the one living in or around these places. In densely populated cities like for instance: Amsterdam, 98% of the time that a sewerage or drainage systems are broken, it is caused by a brown rat. Because of the broken systems the rat can come in to your warm home.

With the pest control of the brown rats it is recommended to immediately contact an expert from Anti Pest Control. Like I talked about in this blog, they have standard walking routes, they can be scared of new objects and come out of broken sewerage or drainage systems that you can’t see for yourself. An expert from Anti Pest Control checks all his routes and gets rid of all the brown rats.

If you would like to try for yourself first, you can try different kind of clasps. Like a trap in which they stay alive or a rat clasp. If the rat-plague is to big you can try this in combination with rat poison. This way the big pile of brown rats will be taking care of faster.