Vermin are starting to multiply in Rotterdam. The Netherlands have been experiencing a lot of problems with rodents. This increase in the rodent population was contributed by milder winters. The milder winters has contributed rats to being more active in nature. They are now roaming the countryside and entering homes. Normally, the colder winters would keep the rat populations at bay. The climate in the western hemisphere as a whole is remaining warmer. As a result, many rodents are taking advantage of the shorter winter season.

Food and Shelter Motivates Vermin to Enter your Home

What does this have to do with homes in the Rotterdam area? Well, rats and vermin are always looking for a structure to invade for food and shelter. They can survive in the cold and snow. However, a certain percentage of rats will die from exposure. They have to find adequate food and shelter. Rats survive cold winters by going inside of people’s homes.

How Weather Conditions Cause Vermin to Enter your Home

They are not the only creatures that does this. Other vermin such as squirrels, mice and various insects will also do the same. The shorter winters will also cause them to hang around your home for a longer time. Remember, food and shelter are the two primary reasons that rats stick around. Don’t forget that most vermin live outside during the summer months. However, they will take advantage of homes during the summer months as well. You could definitely see an increase in bug and rodent population during this time of the year.

Don’t forget that mice, roaches, ants and bed bugs are also a problem within many houses around Rotterdam. These creatures even create lot of problems for homeowners throughout the year. No one should have to deal with verminous creatures living in their houses. Anti Pest Control can get rid of the vermin that plagues your home. Once these creatures are removed, you will have peace of mind and a comfortable home place to live. 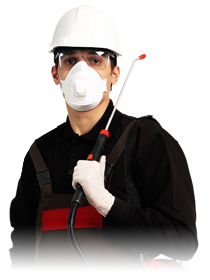 Want to get rid of your pests? Get in touch now

Contact us and receive a price indication immediately. We give a 100% guarantee on our techniques and design throughout the Netherlands. Always quickly on location.